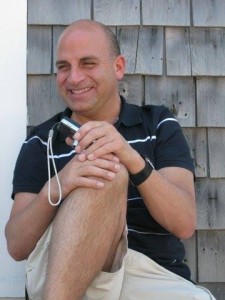 Fanizzi’s Restaurant by the Sea was founded by Paul Fanizzi in 2001.

Paul Fanizzi grew up in Brockton, MA and first started working in the restaurant industry with his best friend from high school.  His friend’s parents owned Thai Restaurants in Brockton, MA and Paul started out as a bus boy and moved up to be a waiter.

Paul went to Roger Williams University and graduated with a degree in Business Management.

His first real restaurant management job was at the Salty Dog Restaurant in Faneuil Hall in Boston from 1994-1998.  He was the General Manager. 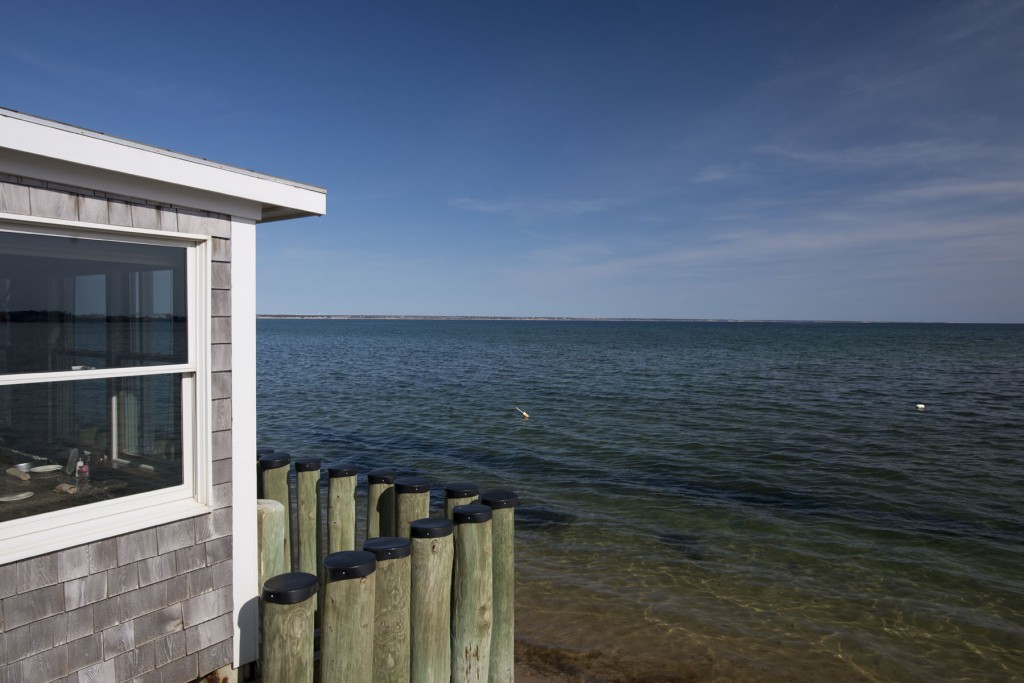 Fanizzi’s is a favorite with both tourists and locals. Fanizzi’s Bayside dining room boasts 180 degree views through three walls of windows that look upon Cape Cod Bay, Provincetown Harbor, North Truro, and Truro.

“Do you see whales?” is a common question. Yes we do. We’ve seen Humpbacks, North American Right Whales, Minke Whales, and Finbacks. We also see Atlantic White Sided dolphin, and a lucky few have seen Ocean Sunfish, Basking Sharks, and giant sea turtles. Guaranteed sightings are the stunning views of Cape Cod Bay, MacMillan Pier, and the dunes that welcome visitors to Provincetown. Our views are the subject of many paintings of Provincetown.

Amazing views complement fabulous food and a menu with something for everyone. From burgers, nachos, and wings to our famous Fried Fisherman’s Platter, fresh seafood and steak dishes, and pasta like Mom’s, we have something for every appetite.

Year in and out – and year ’round – we invite you to join us and our staff for dinner, drinks at the bar, Sunday brunch, lunch, or coffee and dessert. We welcome you as new friends, and we look forward to seeing you as “regulars”.

We look forward to seeing you at Fanizzi’s Restaurant by the Sea!

Open Year Round
7 days a week 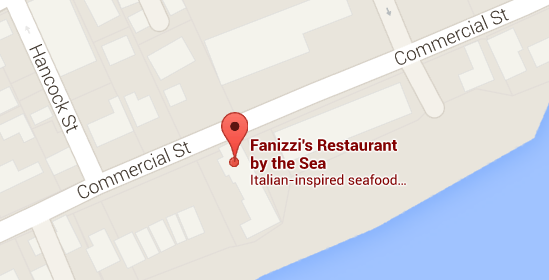 "It feels like you're floating inside this seafooder that juts out over Provincetown Bay, itself the best decor there is – whether you come for the excellent brunch on a sunny Sunday morning, or arrive during a storm, when you'll see the waves swarm around the room – adding a bit of excitement to the reliable, well-balanced Italian and American style dishes and always pleasant service."